Many people already understand how important insurance is in life. By having insurance, your condition in the future will be guaranteed by the insurance company so that the losses you feel will be reduced. Generally, insurance is divided into several types, namely life, health, property, and motor vehicle insurance. However, this does not apply to the following 12 people. They insure for things that are not common, so you could say this is the weirdest insurance in the world. Curious?

Maybe you have often heard about this type of insurance. Many famous people who have done this insurance, for example, are the world football star, Cristiano Ronaldo, who insured his feet for USD 100 million. Not only athletes insure their feet, but recently, Taylor Swift is reported to have insured their feet for USD 40 million. This insurance guarantees their feet from the risk of accidents or injuries, which will certainly affect their performance at work.

Everyone knows who David Beckham is. The man was originally famous for his prowess playing football on green fields and a world model for his good looks and perfect body. So that he always gets protection from accidents that injure his body, he insures his entire body for USD 195 million.

Who knows Keith Richard? Surely many people already know him. This great guitarist who started his career with the world-famous band The Rolling Stones insured one of his most valuable assets, namely his finger. As a guitarist, fingers are very important, because if there is an accident or injury to the finger, it will greatly affect the playing of the guitar. Therefore, he is willing to provide insurance for his finger worth USD 1.6 million.

For most people, having a beautiful mustache is a matter of pride and pleasure. This is also felt by Merv Hughes, a world-renowned cricketer. Apart from the unique shape of his mustache, he also feels that it is because of his mustache that he has become famous and feared on the cricket field. Based on that, he insured his mustache for USD 283,895. Fantastic price, right for a mustache?

You may not hear the name Ilja Gort very often, but for those of you who are true wine connoisseurs, surely you will know who he is. Yes, Ilja Gort is one of the world’s wine businessmen. The success of his business is greatly influenced by the ability of his nose to distinguish between types of wine. For this ability, he insured his nose for USD 8 million. This insurance will protect him from injury or accident to his nose, and in return, he is prohibited from boxing, all kinds of winter sports, and inhaling smoke.

Every human being has a vocal cord, and not everyone thinks their vocal cords are so valuable that they have to be insured, but it’s different from Bruce Springsteen. This American singer, songwriter, and guitarist thinks that her vocal cords are very valuable. Indeed, thanks to his vocal cords that produce a melodious voice, he has won 17 Grammy Awards, 1 Academy Award, and 1 Emmy Award. Due to his success due to his vocal cords, he insured it for USD 5.5 million.

In ancient times, being an actor was difficult, because they had to entertain the audience from their actions alone. But that was not too much of a hindrance for Ben Turpin, a comedian and world actor known for his unique ability to roll his eyes in opposite directions. Thanks to this ability, he was able to make the audience laugh and be entertained. Thus, he insured his eyeballs for USD 25 thousand. This is a very fantastic price, considering that Ben Turpin lived in the 18th to 19th century.

Out of respect for Samoan culture, a great rugby player named Troy Polamalu has not cut his hair in the last 10 years. As a result, his hair became so big and fluffy that his appearance became very eccentric. Thanks to his frizzy hair and big, he got sponsorship from a world-famous shampoo company, head & Shoulder which finally insured Troy’s hair for USD 1 million.

Have you ever watched the television series The Ugly Betty? If so, then you know the main character, a poor girl who is unattractive but has a beautiful smile. The real name of the artist is America Ferrera. There is no doubt that the smile this woman has is very beautiful and pleasing to the eye. With this smile, he was promoted by a teeth whitening company that insured his smile for USD 10 million as part of the promotion of the “Smiles for Success” humanitarian campaign.

Unlike Bruce Springsteen who insured his vocal cords, this famous Welsh singer insured things that might not have occurred to the average person. Tom Jones insured one of the things he was very proud of, namely chest hair. Yes, he is very proud of his chest hair, so he insured it for an expensive price of USD 7 million.

Not everyone has the ability to comedy. For Rich Hall, a famous comedian, his ability to comedy is very valuable and very expensive. Therefore, he insured his ability to joke for USD 1.1 million. This insurance will guarantee him the possibility of his comedy ability being lost permanently. Isn’t that strange?

You will never think of this insurance on this one. This is the weirdest thing anyone in the world has ever insured, namely sperm. The person who insured this was David Lee Roth, a world musician who made his debut in the 1980s. This sperm insurance protects her from unwanted pregnancy. So if he accidentally impregnates a woman, the insurance company will cover the costs of the child and David does not need to be responsible for fathering the child.

Use Insurance is Important

Seeing the 12 insurance above might make you think, why are they willing to pay so much for insurance? Of course, the answer is because they realize how important insurance is to them, especially for assets that they consider very valuable. For things that are often considered unimportant, they are even willing to pay dearly. Especially with their health, life, motor vehicle, and property insurance. So if you think that your safety and security are important, use insurance.

Do you think you have other ideas about the 12 Most Bizarre Insurance in the World? you can comment and share your thoughts below or discuss more in the InsuranceWhat Forum. Also, read more articles about GLOBAL INSURANCE or other interesting insurance topic articles only at InsuranceWhat.com. 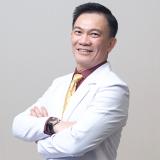 Matt Adam is the founder and administrator of InsuranceWhat.com, the insurance best resources site. Learn more about him here and connect with him on the... More by Matt Adam